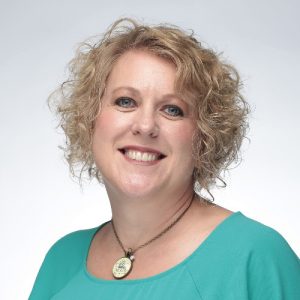 Joining John and Josh on today’s episode of Marketing Money is Selena Swartzfager, president of the Mississippi Council on Economic Education. The trio discusses some of the great work the council is doing in Mississippi, and how banks can benefit from providing basic financial education to their clients. Also, Josh attempts to read German, and we learn about John’s deep love for all things Mary Poppins. You can’t make this stuff up, folks. Give this week’s podcast a listen for more classic Marketing Money hilarity and practical bank marketing advice.

An accomplished leader and educator, Selena Swartzfager was selected as president of the Mississippi Council on Economic Education (MCEE) in August 2010. In her capacity as an advocate for educating Mississippi teachers to teach their students financial readiness skills, she draws on more than 20 years of experience in the corporate world and the classroom She is a licensed teacher in the areas of Business Education, Economics. Before joining MCEE, Selena was a business teacher at Clinton High School (Clinton, MS) and a business instructor at Virginia College (Jackson, MS). Previously, she was the operations manager and served on the adjunct faculty for the University of Mississippi Medical Center, School of Nursing (Jackson, MS), and held several positions of increasing responsibility at Raytheon Aerospace (Madison, MS). While in secondary education, Selena coached teams that were first place Mississippi regional winners in the Online Financial Literacy Challenge, two years in a row. She was the co-developer of “Arrows in Action”, an ACT prep program. In addition, she served as faculty advisor for Future Business Leaders of America. Ms. Swartzfager is President-elect for the National Association of Economic Educators and for MS Association of Fundraising Professionals. She served as chair of the board of governors of Youth Leadership Jackson from 2008-2009 and served in various other capacities on the board from 2005-2014. She has also served the MBA Association of Mississippi as President, Vice-President, Treasurer and Board Member. In addition, Ms. Swartzfager has served as Planning Chair, President-Elect, President and Past-President for the Business Officers of Nursing Universities and Schools. She is a member of the Leadership Jackson Alumni Association and of the Rotary Club of Downtown Jackson. Selena’s work has led to a number of honors. She was most recently selected by the Mississippi Business Journal as one of the “Top 50 Leading Business Women in Mississippi.” She was selected by the Council for Economic Education to speak about her success in the classroom at their annual “Visionary Awards” at the St. Regis Hotel in New York City. The Mississippi Business Journal awarded her the “Top 40 Under 40” award. She was selected as a member of the Leadership Jackson class in 2003-2004 and has appeared on MPB’s “Money Matters” on several occasions. She occasionally writes for the MS Business Journal. Selena earned a B.S. degree in Management with an emphasis on Human Resources at the University of Southern Mississippi and an M.B.A. degree from Millsaps College. Raised in Bandera, Texas, Swartzfager now lives at the Reservoir with her husband, Glenn (attorney) and sons Ashton (graduate student at Millsaps College), 22 and Greyson, 14 (student at Northwest Rankin High School).